On December 11, 2014 the Environmental Public Works (EPW) along with the Health, Education, Labor and Pensions Committee held a senate hearing to discuss the current state of chemical safety and security regulations.

Committee Chair of EPW, Senator Barbara Boxer (D-CA), stressed that 602 days have passed since the West, Texas, Ammonium Nitrate explosion, with little progress made towards protecting workers and the public. 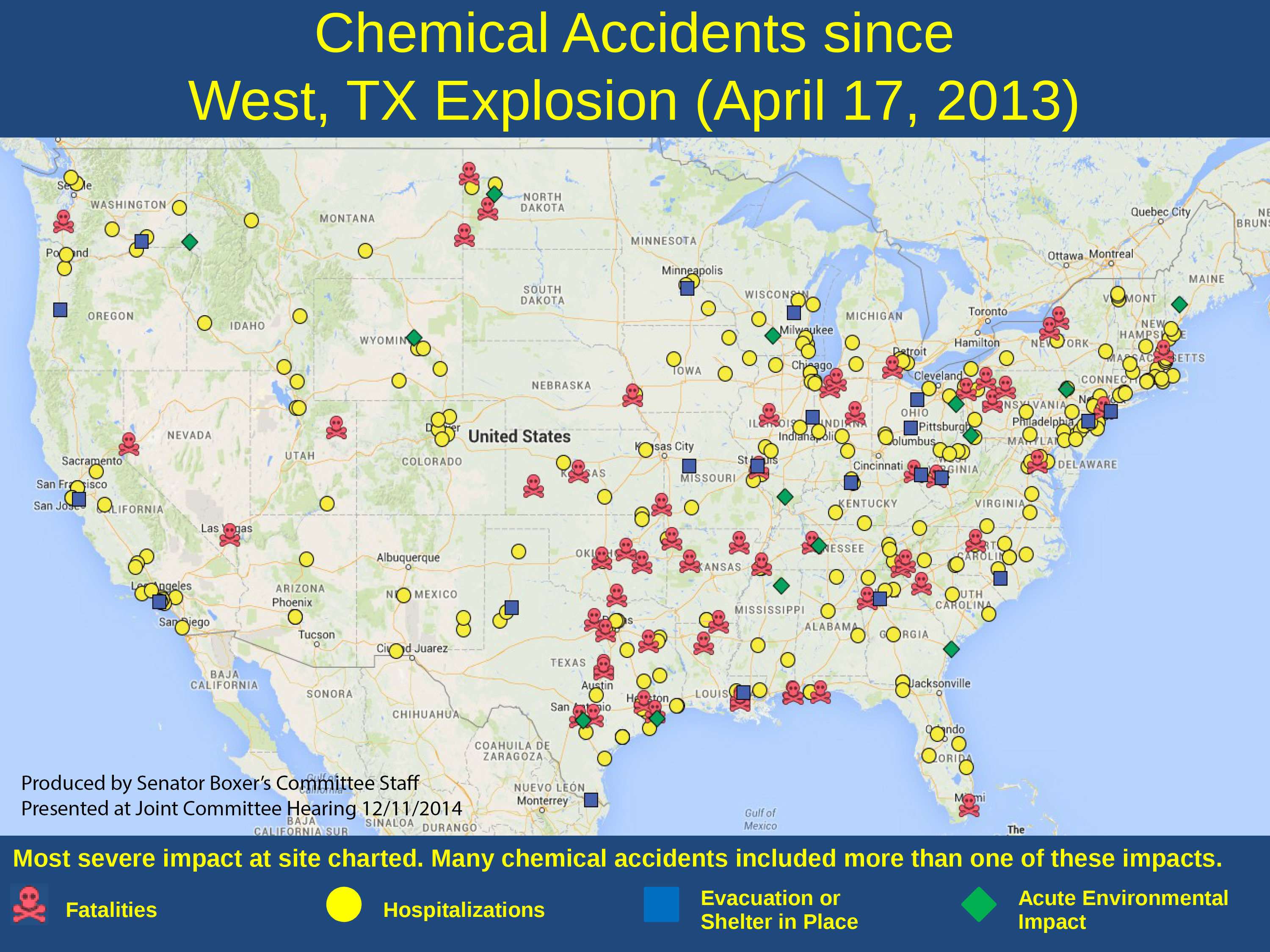 OSHA, David Michaels, and Mathy Stanislaus, EPA’s administrator of the office of solid waste and emergency response were on the panel to take questions from senate committee members.

Also at the hearing, Senator Edward Markey (D-MA) released a new Congressional Research Service analysis of EPA data showing that there are now 466 chemical facilities in the U.S. that each put 100,000 or more people at risk in the event of a disaster.

Both Michaels and Stanislaus said very little about when tasks directed by the President’s executive order would be completed.

For a recording of the senate hearing click here.

For Senator Boxer’s report card on the administration’s progress on the executive order click here.

Press coverage on the senate hearing can be found here.