Maps: Danger Near You

In the United States, 4.6 million children at nearly 10,000 schools across the country are within a mile of a facility that reports to the U.S. Environmental Protection Agency’s (EPA) Risk Management Program (RMP). Factories, refineries and facilities that are mandated to report to the EPA’s RMP are those that produce, store and use large amounts of dangerous chemicals, which would put children at risk if there was a release.

The list of hazardous chemicals identified by the EPA’s RMP includes toxic substances by inhalation and explosive and flammable substances that pose significant health risks including: respiratory illness such as asthma attacks, heart disease, and neurological disorders.

Zoom in and take a closer look at the proximity of your child’s school to a high risk chemical plant or storage facility in your area. 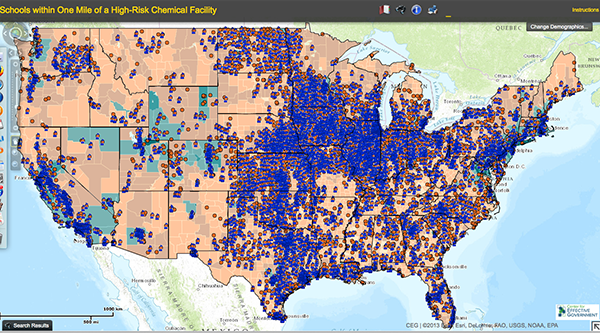 Thousands of schools are within the EPA’s RMP vulnerability zone of a dangerous chemical facilities that put  students at risk of chemical disasters.

One in three schoolchildren face risk of chemical catastrophe. Check out the new interactive map released (Sept. 30, 2014) by the Center for Effective Government that details the number of students that attend school located in a vulnerability zone.

Is there a risky chemical plant near you? Check out the maps below.

At least 1 in 3 people in the United States are in the disaster zone of a dangerous chemical facility. You can find out how close you are to a dangerous facility by clicking on the maps below: 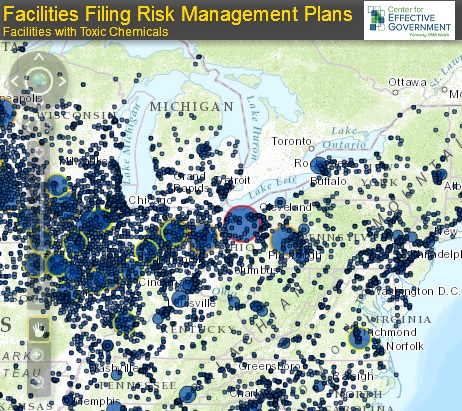 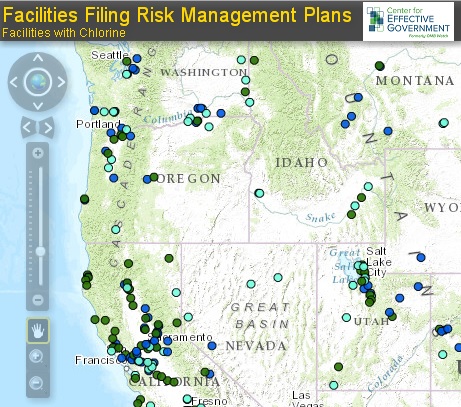 Facilities That Use Chlorine Gas 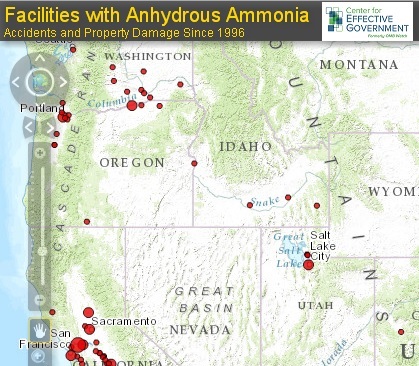 Facilities That Use Anhydrous Ammonia 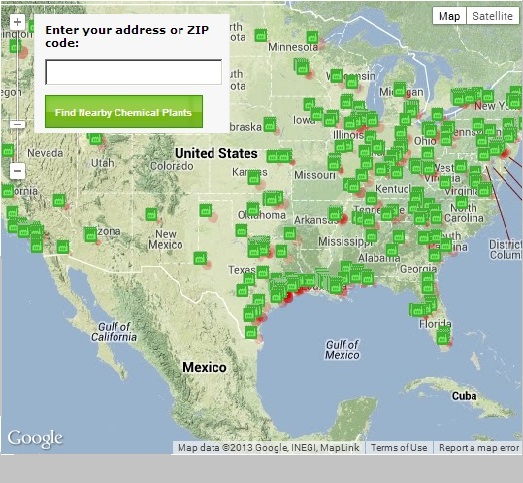 Facilities That Endanger 100,000 People or More